Regular price $139.99 Save $-139.99x5
Share Share on Facebook Tweet Tweet on Twitter
With its vibrant color screen, the Micro C GPS cycling computer stands out visually while offering an impressive amount of high-tech features. When paired with an iOS or Android handheld through the free Lezyne Ally V2 app, the device provides turn-by-turn navigation, Strava Live Segments and phone notifications (incoming calls and messages from many popular apps). Additionally, the GPS device can be instantly customized through the app. Further data can be viewed and recorded when paired with ANT+™ or Bluetooth Smart enabled power meters, heart rate monitors and speed/cadence sensors. The device can also display electronic drivetrain info when paired with compatible shifting systems. And enable Lezyne Track to let friends and family follow along in real-time while out on a ride. Data recording is highly accurate through the use of GPS/Glonass, a barometer and an integrated accelorometer. At a feathery 29 grams, and a battery that can last up to 14 hours, this is the ultimate GPS computer for riders that want all the features in a compact design.
VIDEO 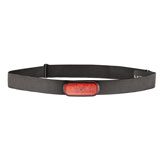 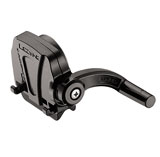 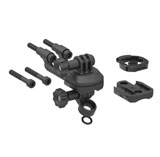 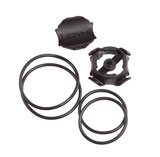 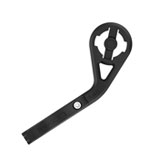 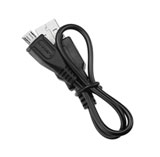 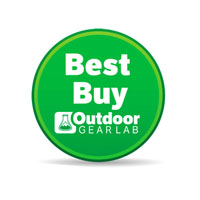 "Lezyne’s micro and mini GPS units pack all the features of big GPS units into tiny packages. We’re big fans of the Enhanced Micro C GPS. It communicates in both ANT+ and Bluetooth Smart for power meters, heart-rate and other sensors, and uses the slick Ally app to communicate with your smart phone for Strava uploads and call and text notification...At $160 (the B&W Micro is just $130), it is the best value in a full-featured GPS unit."

"At only 29g, weight weenies will rejoice over this heavily featured unit with an easy to use companion app and ANT+ and Bluetooth Smart sensor compatibility. It's impressive to see how many features can be packed into a model that is this small and lightweight…The Micro C GPS takes home our Best Buy award for being an incredible GPS cycling computer that comes in a tiny and lightweight package at an unbeatable price."

"Back in August, accessory company Lezyne launched their second GPS devices, and they look promising. The line consists of 7 different devices, including two GPS watches that house more than just cycling features. So without further ado, lets jump into some of the features."

"Over the last few years Lezyne has transitioned itself from a company that just made bike lights, into a GPS bike computer company. Albeit, one that probably doesn’t get enough attention."

"Ahead of its 10-year anniversary in March 2017, Lezyne has revamped its line of GPS-enabled computers. Previously Lezyne computers have demonstrated great value for money, and the updated line continues this by offering features like turn-by-turn directions, Strava Live segments, colour screens, and Bluetooth connectivity at price points starting from $100."